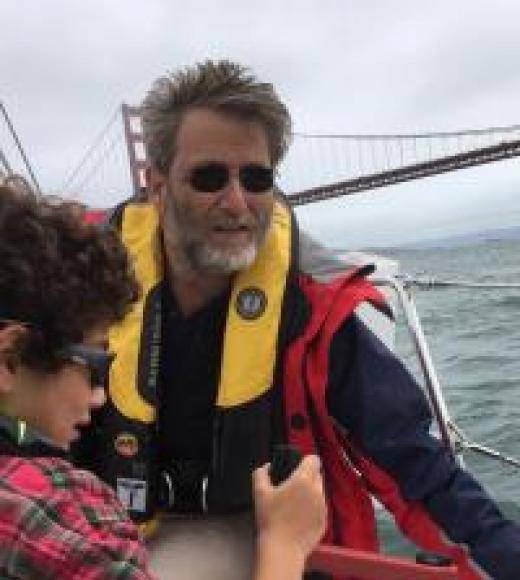 Keith David Watenpaugh is a historian of the Modern Middle East, humanitarianism and human rights. He is Professor and founding director of Human Rights Studies. Trained at UCLA, he has lived and conducted research in Egypt, Syria, Lebanon, Jordan, Turkey, Armenia, Greece and Iraq.

At UC Davis, Dr. Watenpaugh teaches a variety of undergraduate and graduate courses on  Genocide, Human Rights, Humanitarianism, and the larger issues raised by the Arab Spring and the civil war in Syria.

Dr. Watenpaugh is also the founding director of the UC Davis Human Rights Studies Program. Human Rights is a new field, but one that allows scholars and students to exam enduring and important questions about suffering, the destruction of culture, injustice, and power and powerlessness in ways that transcend established disciplines.   Human Rights@UCDavis exists to build faculty and graduate student capacity in the research and teaching of Human Rights, as well as to enable undergraduates to integrate Human Rights into their own fields of study.  Over the past four, years, the program has grown from a series of faculty conversations that led to the creation of the Interdisciplinary Minor in Human Rights (which graduated its first minors in 2011-2012) to a diverse project embracing the several elements of the university’s mission.

The University of California Press recently published his second book, Bread from Stones: The Middle East and the Making of Modern Humanitarianism.

Princeton University Press published his first book Being Modern in the Middle East: Revolution, Nationalism, Colonialism and the Arab Middle Class and he has written articles for the American Historical Review, the International Journal of Middle East Studies, Social History, the Journal of Human Rights and Middle East Report. His work has been translated into Arabic, French, German, Turkish and Persian.

Over the year  2012-2013, Dr. Watenpaugh was an American Council of Learned Societies/National Endowment for the Humanities/Social Science Research Council International and Area Studies Fellow..

He has received several noteworthy grants including the CIEE Fulbright, Fulbright-Hays, Social Science Research Council, Will Rogers and the American Academic Research Institute in Iraq fellowships; he was the Andrew W. Mellon Post-Doctoral Fellow in Middle East Studies at Williams College (1998-2000), a Visiting Scholar at Harvard's Center of Middle East Studies (2004), in 2005-2006 he was the George S. and Dolores Doré Eccles Distinguished Visiting Fellow in Democracy and Diversity at the Tanner Humanities Center, Univ. of Utah and in 2008-2009 he was a Jennings Randolph Senior Fellow in International Peace at the United States Institute of Peace.

As one of the few American scholars to have lived and worked in Syria, Dr. Watenpaugh has worked extensively with media, non-governmental organizations and the US goverment to create a better understanding of the humanitarian and human rights problems facing the Syrian people as their country faces civil war.

A father of twins, he is an avid fly fisherman, sailor and bicyclist, enjoys working in his garden and growing California native species.

Like many professors today, I face an overwhelming number of requests for letters of recommendation. I tend only to write letters for students who have taken multiple courses from me, have scored A or A+, and with whom I have spoken during office hours, or those students who have attended lectures, special events, or written theses for me. I prefer to write letters for admission to professional school, positions in government, like the Peace Corps, or graduate school.  These conditions will allow me to write an effective letter.