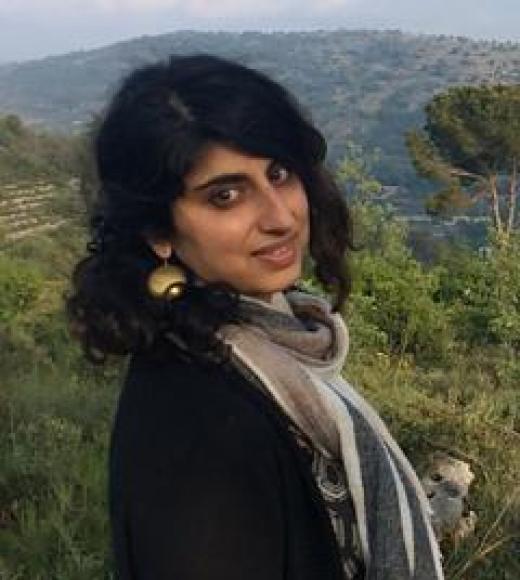 Anjali Nath is an Assistant Professor of American Studies. Nath’s work explores the visual culture of military detention in the “War on Terror,” and draws from the fields of American studies, ethnic studies, and visual studies to examine a variety of artifacts that illuminate the visual politics of detention and disappearance.

Nath comes to Davis from the American University of Beirut where she was Assistant Professor of Transnational American Studies, and has thought deeply about her experience of teaching American popular culture—including war and media—in a transnational context.

“You can’t study the U.S. without considering its relation to the world—whether through settler colonialism, immigration, war, globalization, or trade,” Nath said.

Similarly, there is no way to teach U.S. history “as if it emerged in isolation from the world – the sheer diversity on our campus exemplifies this as our students come to the classroom with their own transnational stories and experiences,” she continued. Attention to the complicated place of the United States in the world is a growing focus of the American Studies Department at Davis, and Nath’s approach to studying war, popular culture, and media will undoubtedly strengthen this aspect of the department.

Her book project addresses the contemporary moment of intense militarization from the perspective of a visual culture scholar. Nath points to the prevalence of visual studies scholarship on texts that are already manifest, but her work addresses shadows, disappearances, and concealment in a visual way: “not only how ‘enemies’ or ‘targets’ are visualized and constructed through technologies and practices of narrativization,” Nath explained, “but what happens to the things you cannot see in this moment of intense surveillance?”

In particular, she focuses on the political work of absence and redaction, and questions that arise when we “dwell in the spectacular form of absence,” Nath said. Her book project works with redacted documents, legal efforts to make texts like Mohamedou Ould Slahi’s Guantanamo Diary visible, and how artists and media makers use redacted material.

Nath’s interest in the politics of concealment emerged from seeing how civil society demands for accountability often hinged on the presumption that  increased government transparency inherently creates a more just social order. “In our increasingly documented and surveilled world, transparency is incredibly complex,” she said. Nath believes the humanities give a space of refuge to deliberate ethical issues, a space which gives students room to think, play and be creative in addressing the pressing concerns of our time.